Previously we've prioritized our ability to meet our users' demands for smooth and seamless delivery of a wide variety of services and features, without putting any particular controls on the point of origin for those services. This is partly why we can't always confirm the country or region where official account owners and third-party app providers are located. 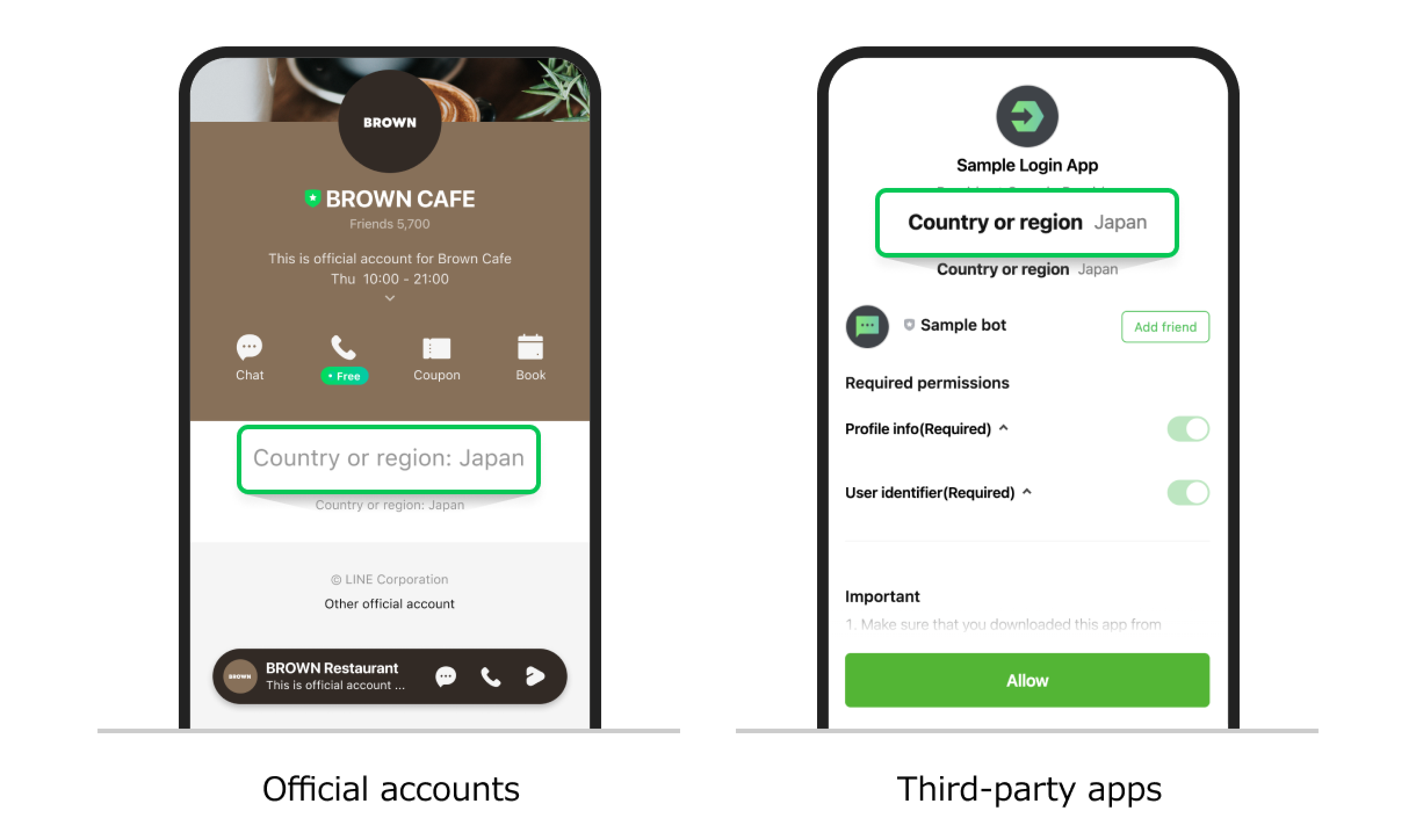 The following is a list of known countries and regions where official account owners and third-party app providers are located. If new countries or regions are revealed in the future, we'll add them to this page.


- Countries or regions that haven't been reported by their official account owners will be marked as "Unspecified."

- Countries or regions that haven't been reported by their third-party app providers will be marked as "Unspecified."